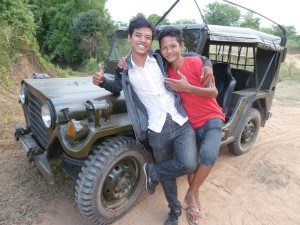 KHOUN DARITH (‘LUCKY’) – Darith was selected to play the role of Lucky after auditioning over 100 participants through an open call process in Phnom Penh, and through referrals stemming from that. He is currently (7/2013) a third year student majoring in “Ye Ke Drama ” at the Royal University of Fine Art. He has six siblings and continues to act in local productions on screen and on the classical stage in Cambodia. 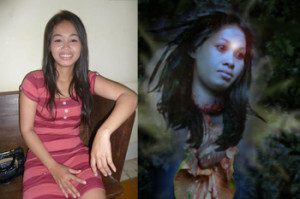 TIENG RATHA (Sound recordist, Associate Producer, Fixer Translator, & More) – Ratha operated near-perfect sound in the field under very rugged and challenging conditions for the FREEDOM DEAL movie project and doubled as a translator and editing assistant on the project during post production. His experience as an audio technician at the Pannasastra University Radio Talk Show proved invaluable in this regard. He is now also involved at the PUC Institute Leadership program.

JASON ROSETTE (aka Jack RO) Writer-Director – FREEDOM DEAL writer-director Jason Rosette, aka “Jack RO”, is a media producer and filmmaker from the US who lived and worked full time in Cambodia between 2005 and 2013, and continues to work in the region. on a frequent basis. He has a BFA from New York University (Film & TV) and an MA from the Royal University of Phnom Penh; See his partial Filmography and IMDB.

YVON HEM (Project Advisor) – [NOTE: Legendary filmmaker Yvon Hem passed away in August 2012; when we last spoke, we’d invited him to attend the initial casting sessions for the Freedom Deal short movie version (*the Story of Lucky). We keep his memory alive here as the great and friendly pioneer of cinema he was. His original capsule blurb remains intact, below…]

ARNOLD E. TOOLE (Legal Advisor) – Arnold has been practicing law since 1992. Currently based in the United States, he has also worked extensively in Southeast Asia. He concentrates his practice in corporate and commercial matters, contracts, real estate, entertainment law, and employment law. See the Toole Law website for more information.

ROBERT “BOB” LEWIS (US Period Story consultant) – a founding member (along with Gerald Casale and Mark Mothersbaugh) of the New Wave band DEVO. He graduated from Kent State University shortly after the Kent State shootings on May 4, 1970, and currently writes commentary on cultural and political issues.

An episode from the larger ‘FREEDOM DEAL’ project 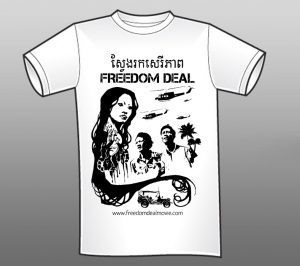